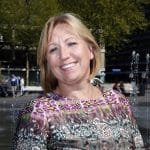 A few years ago – I think it was 2015 or 16 –  the Amsterdam IPA ‘AmsterdamInBusiness’ took the initiative to bring together a group of European IPA’s in order to exchange ideas and learn from each other. Since then the group has grown steadily and we have become strong allies. We try to get together physically once a year at a two-day conference and are in touch on a regular basis via digital means throughout the year. Since the IPA Europe group started we have launched many initiatives where we can work together and be stronger, even though we are still competitors, of course. That is how I met the wonderful team from OnlyLyon and we found we had many similar challenges that we wanted to work on and we work very well together. What is important is that there is openness and trust between us and I value that very much.

Certainly! Several of the things we have spoken about during the past years within the IPA Europe group include things like positioning of Europe as an attractive FDI destination, attracting and keeping talent in our regions – which in turn is important for being attractive as an FDI-destination- , different governance structures and regulations that can make attracting FDI easier, etc. Also, Lyon and Rotterdam are both so-called ‘second cities’, which means we both have a strong capital city that also attracts FDI and as second city we need to work a little bit harder to show potential investors that our proposal is just as interesting or even more interesting for our clients.

Most certainly. It is already very helpful to find that other European IPA’s are finding the same challenges as we do and to share thoughts and possible solutions with each other. At the same time, a real value lies in those opportunities and challenges where we can work together and have a stronger proposition and learn more form each other, while still being able to be friendly competitors at the same time. It is also really valuable that when you need some help, you can just pick up the phone and call one of the other IPA’s in the network and they will be happy to help you out.

OnlyLyon and Rotterdam Partners have been working on making this project happen for a few years now, together with Berlin Partners. So far it has been a long and very educational journey into the workings of the EU systems. In truth all credit should go to Lyon and Cedric Grignard for being the driving force and to keep pushing Berlin and us along even when we became a bit disheartened by the whole process, because at times it was quite difficult to understand everything that was needed. Because of Cedric’s efforts we have triumphed and the project can finally get started for real. However, we have already learned so much from each other during this initial process to start this project. It has given us time to consider the different challenges and how we were going to work together and we have forged a very strong and valuable bond.

Club IPA Europe is a strong platform where European IPA’s can share ideas and concerns, find solutions and learn best practices from each other in a safe environment. We treat each other’s information with respect and confidentiality. We never lose sight of the fact that we are friendly competitors. But at the same time we also know that the stronger we are and the stronger we make each other, the better all of us will perform in the end. We all believe in a strong European market and know that in order to attract talent and investors to our respective countries, that all of the EU market needs to be strong and attractive and we need to show the world all of its strengths, opportunities and differences that make it an attractive proposition. Doing that will make our own national/regional or city propositions much stronger as well as the #ChooseEurope initiative acts as a launching platform for our own propositions.